Let Our Statues Speak is a multi-part, collaborative project, which began in September 2018.

Instigated to spark a wide-ranging investigation into public space, and to generate collective conversation around the commemorative statues found in our civic spaces. Not in an effort to remove them, but to surface the complex, and often conflicted stories, that lie unexamined within their forms. To let these statues speak.

‘A shared national identity … depends on the cultural meanings which bind each member individually into the larger national story… The National Heritage is a powerful source of such [cultural] meanings. It follows that those who cannot see themselves reflected in its mirror cannot properly ‘belong’.’ – Stuart Hall

The Stuart Hall Foundation will co-create workshops, residencies, commissions and publications through an ongoing series of partnerships and artistic collaborations.

Let Our Statues Speak will intervene in the urgent, Brexit-triggered national conversation over who gets to call Britain home, and collectively shape a debate on the cultural construction of ‘Britishness’ that is compelling and expansive enough to embrace multiple allegiances and entangled histories. Over time, all of this will be gathered here as part of our growing digital resource.

Memorials to the future, reflecting the past

In Silent Empress (2012), a public commission for Yorkshire Sculpture Park in Wakefield, the artist Sophie Ernst attached a sound tag to a public statue of Queen Victoria. The sound was a monologue emanating from a megaphone temporarily positioned in front of the statue’s face. Comprising quotes from the journals and letters of Queen Victoria, and extracts from speeches and texts by past Prime Ministers, it gestured towards an apology for Britain’s colonial past. The statue spoke for 30 minutes before Wakefield Council decided it was ‘disrespectful’ and needed to come down.

The outbreak of public protests over commemorative statues – from Charlottesville to Cape Town to Oxford – evidence a shared truth: the past is contested terrain. National histories are not national facts. The nation is an ‘imagined community’ – a cultural construct.

There is a need for us to collectively address the paucity of cultural narratives that directly engage our myths of origin.

In spring 2019 the Stuart Hall Foundation began a collaboration with Serpentine Galleries as part of Let Our Statues Speak. The artist’s residency, hosted at the Serpentine, connected the complex and multiple histories of the public statues surrounding the Serpentine and throughout Hyde Park, with the neighbouring communities.

This second workshop with invited participants across academia, arts, culture and activism focused on the role of our education systems, exploring the possibility to work with cultural institutions and schools to engage in conversations on difficult histories around public statues, buildings and signage.

Paul Mellon Centre: British Art in the Age of Empire 2.0

This roundtable workshop, organised in collaboration with Tim Barringer (Yale University) and Hammad Nasar (Director of the Stuart Hall Foundation and Senior Research Fellow, PMC), gathered a group of people who have actively sought to demonstrate that empire belongs at the centre, rather than at the margins, of British art and culture. Participants asked: within the context of national and international debates about the impact of Brexit, the global role of Britain, and what has been dubbed as an attitude of “Empire 2.0”, what of art and empire now? Does empire still haunt histories and exhibitions of British art rather than inhabit them?

Let Our Statues Speak launched with a first workshop at the University of Westminster with 16 participants including artists including Naeem Mohaiemen, Erika Tan and Sophie Ernst; academics and cultural activists such as Roshini Kempadoo, and curators; including Kate Jesson, Manchester Art Gallery. This workshop sparked new conversations and possible collaborations centred on statues across the UK. 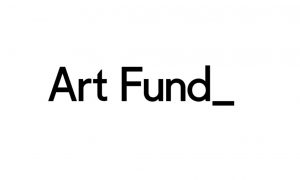 Catherine Hall and Ruth Ramsden-Karelse discuss the Legacies of British Slave Ownership. They explore the importance of new histories,...

The most recent wave of Black Lives Matter protests rejuvenated popular debates over the removal of statues of British slave owners from public spaces. The fall of the Edward Colston statue in Bristol and calls to remove statues of Winston Churchill, Lord Nelson and Cecil Rhodes has forced the British public to reconsider questions of history and colonial legacies.

Catherine Hall is Emerita Professor of History and Chair of the Centre of the Study of British Slave-ownership at UCL. She has written extensively on the history of Britain and its empire including Civilising Subjects (2002) Macaulay and Son (2012) and, with others, Legacies of British Slave-ownership (2014). From 2009-2016 she was principal investigator on the LBS project www.ucl.ac.uk/lbs. She is currently writing a book on Edward Long, Jamaica and racial capitalism. She is a trustee of the Stuart Hall Foundation.

Ruth Ramsden-Karelse is founder and co-convener of the Oxford Queer Studies Network and a DPhil candidate in the English Faculty at the University of Oxford. The inaugural Stuart Hall Doctoral Studentship, in association with Merton College, the Oxford Research Centre in the Humanities and the Stuart Hall Foundation, supports her research on the world-making capacity of collaborative works by self-described gays and girls from communities formerly classified “Coloured” in Cape Town, South Africa, from 1950 to the present, with a specific focus on the Kewpie Photographic Collection. Ruth’s writing has appeared in GLQ: A Journal of Lesbian and Gay Studies.

On Wednesday 7th July, the Stuart Hall Foundation an online roundtable as part of their #ReconstructionWork series to think through the...

On Wednesday 7th July, the Stuart Hall Foundation an online roundtable as part of their #ReconstructionWork series to think through the possibilities of decolonising the museum. The event included short presentations from the panel of guest speakers followed by a chaired discussion:

• Intro: Bridget Byrne, Director, the Centre on the Dynamics of Ethnicity (CoDE)

What can the concept of decolonisation look like in practice and in relation to the museum? We welcomed Ahdaf Soueif, Mohammed Ali and Suhaiymah Manzoor-Khan to share their experiences working within and without the museum to examine whether or not the museum can be a space for realising disruptive and radical possibilities. The panel explored what and who the museum is for, the relationship between the museum and the construction of racial hierarchies as well as the museum’s entanglements with the history and legacies of colonisation.

In partnership with the Centre on the Dynamics of Ethnicity (CoDE) with support from Arts Council England.

The state backlash against the mass protests for racial justice in June 2020 is well underway. A reaction punctuated by the recent passing of...

SHF DPhil Scholar’s Caetano Santos talk ‘Haitian immigrant artists in Brazil: diasporic negotiations of belonging and citizenship, cosmopolitanism from below and the political aesthetics of migration’, presented at the Stuart Hall Foundation Scholars and Fellows event on 7th February 2020.
Share +