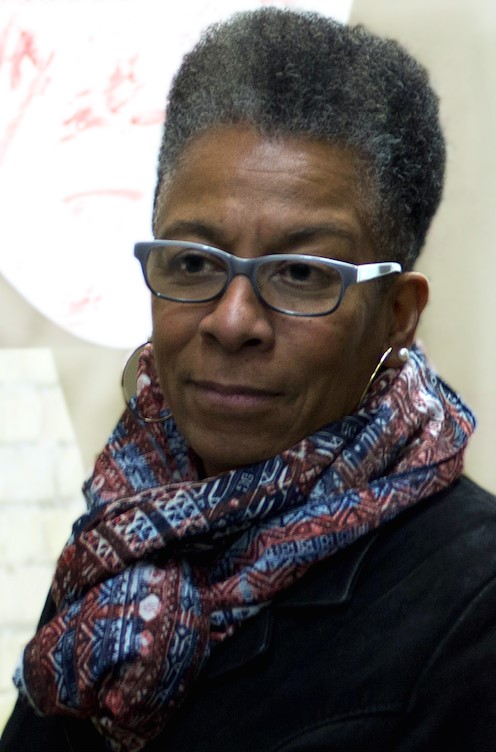 Dr Ingrid Pollard was the inaugural Stuart Hall Associate Fellow at the University of Sussex in 2018. Ingrid has played an important role in photography since the early 1980s, documenting black people’s creativity and presence in Britain. She became known for her photographic series questioning social constructs such as Britishness and racial difference. With training in Film and Photography but coming from a community arts background, Ingrid has in the past also documented the work of actors, dancers, writers and theatre companies.

She has been involved in education and research, her work has been displayed in national collections in the UK and internationally. Pollard has exhibited widely in Europe and America, including Tate Britain, Victoria and Albert museum (London), NGBK (Berlin), Caribbean Cultural Centre (New York), Camerawork (San Francisco) and the National Gallery of Jamaica.

Recent work includes re-examination of the UK and international archives to decolonise ethnographic and state sponsored imagery of the former colonised countries.

Ingrid studied Film and Video at the London College of Printing. She holds an MA in Photographic Studies from University of Derby and a PhD from the Westminster University.

During her Fellowship, Ingrid furthered her ongoing project The Valentines Days which was part of the exhibition Making Jamaica at Autograph ABP in London. The work explores how a new image of Jamaica was created through photography in the 19th century. She presented her work at the event ‘An Evening with Ingrid Pollard‘, hosted by the Attenborough Centre for the Creative Arts, Brighton in November 2019.

Ingrid is shortlisted for the Turner Prize 2022 for her exhibition ‘Carbon Slowly Turning‘. The exhibition, which was curated by Gilane Tawadros, is on show at MK Gallery until 29 May 2022.