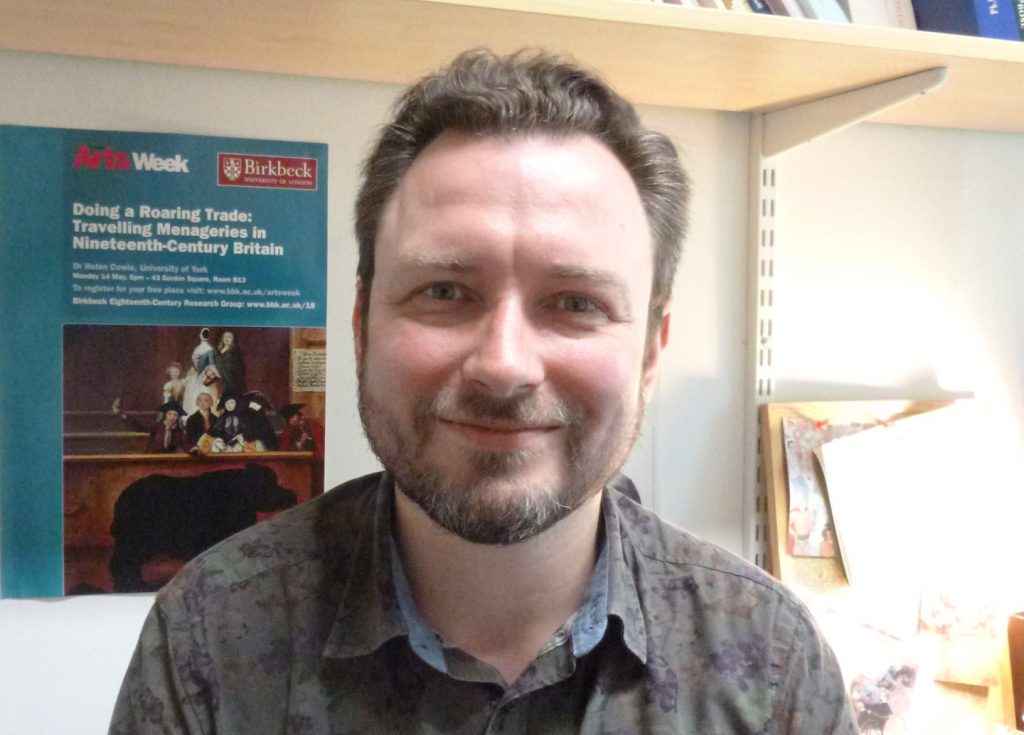 Matt Martin is Stuart Hall PhD Scholar in the Department of English and Humanities at Birkbeck, University of London between 2017–20.Matt studied for a BA in English at the University of York (1998) and an MA in Poetic Practice at Royal Holloway, University of London (2017). He worked for many years in London museums, focusing on the city’s port history, and particularly its involvement in the transatlantic slave trade.

Matt is also a poet, with publications including Full Spectrum Apotheosis (Contraband Books, 2013) and The Dotted Line (Gang Press, 2019), as well as work in numerous journals. His concrete poetry has appeared in exhibitions such as Visual Poetics (South Bank Centre, 2013) and Temporary Spaces (Poetry Society, 2019). He is interested in how experimental poetics can portray historical experiences, and has presented papers on this theme at several academic conferences.

He is grateful to the Stuart Hall Foundation for supporting his PhD on Nation Language Poetry as Political Resistance in the Caribbean and North East England. This thesis investigates Barbadian poet Kamau Brathwaite’s theories on Caribbean speech, and applies these ideas to representing the voices of marginalised communities in Britain, concentrating on English poet Bill Griffiths’ writings in the working-class dialect of County Durham.

Matt Martin: ‘Thank you for generously granting me this wonderful opportunity to pursue my research while furthering Stuart Hall’s legacy.’