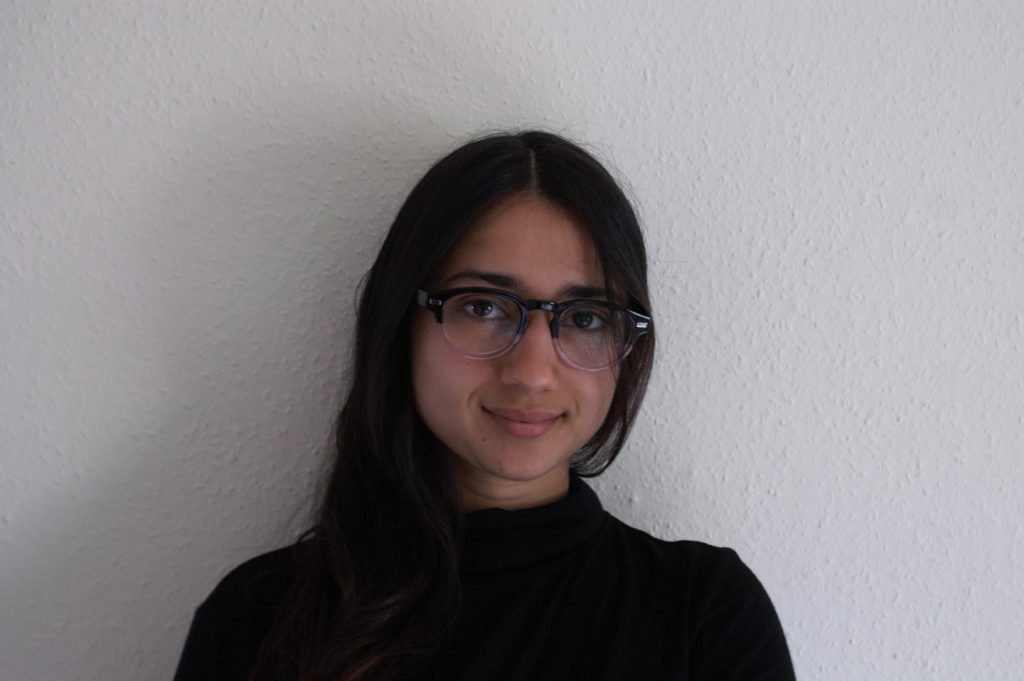 Priya Sharma is a film maker and researcher, and has been a Stuart Hall PhD Scholar in the Department of Media and Communications at Goldsmiths, University of London between 2017–20.

Priya studied for a BA in Comparative Literary and Cultural Studies at University of Liverpool (2008) and an MA in Film and Screen Studies at Goldsmiths (2017). She has worked in contemporary art curation and project management with organisations such as Liverpool Biennial, Royal College of Art and Warp films, allowing her an insight into new modes of artistic cultural production.

Her research interests include emerging cultural identity, digital aesthetics, cultural production and the intersections between race, gender, sexuality and class.

Her PhD thesis on The Cultural Production and Aesthetics of the Digital Diaspora is a study on how online cultural production is allowing diaspora communities to autonomously create heterogenous aesthetic identities in the face of heightened fear of the ‘other’ and global concerns around migration. This investigation will implement a sociological approach to cultural production and aims to contribute to the wider creative labour and postcolonial discourses.

Priya Sharma: “I feel very honoured to receive this fellowship, as Stuart Hall’s work has helped anchor those of us from global diasporas. Personally and academically, I relish the opportunity to become part of a network that will further his legacy.”