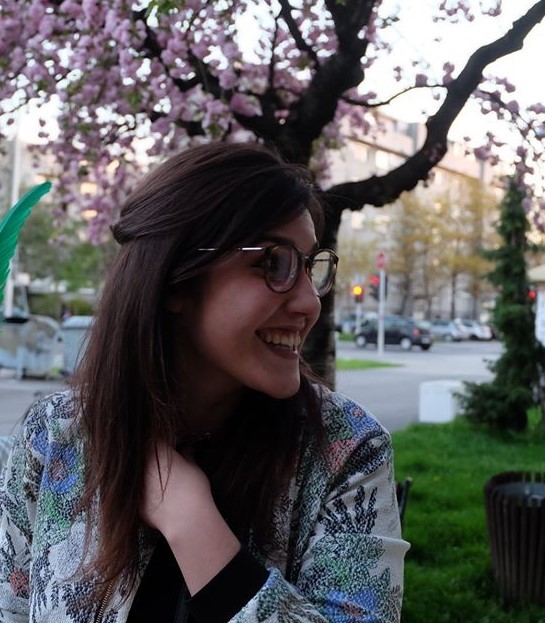 Lucija’s doctoral research project, A Call For An Analytic Feminist Model Of Argumentation, proposes how a long history of male dominance and antagonistic style of argument has led analytic philosophy to associate rationality with maleness and whiteness, excluding feminine, socially marginalized and diasporic phenomena. Lucija will analyse feminist argumentative speeches, such as those delivered by Sojourner Truth, Klara Zetkin, Betty Frieden, Ida B. Wells, Mary Church Teller, Rosa Parks, and Chimamanda Ngozi Adichie. Her aim is to develop an anti-essentialist line on the so-called feminine style of reasoning, as opposed to the traditional essentialist conception of the term, associating women’s reasoning mostly with emotion, subjectivity, irrationality and intuition.

The core values of Stuart Hall’s lifetime work, such as anti-racism and anti- essentialist perception of cultural identities, are key moments within Lucjia’s proposed PhD in philosophy. By introducing black feminist speakers, she will not consider them culturally identical with other feminist speakers, but, on the contrary, will analyse them as conditioned not only by their gender, but by their class and their black experience, taking in consideration the regimes of representation (Hall 1997). In other words, she will be aware of the great cultural discursive power which controls the mode in which the Other identity is represented and perceived. As a result, a feminine style of reasoning will be shown as both historically and socially determined.

Lucija suggests that by using this analytic tool that is aware of non-normative speech and language, it will be possible to foster a new dialogue on marginalised identities and epistemically validate different social experiences, thus challenging white and male dominance. Describing her position and intentions, she says, “Coming from Croatia, located on the periphery of European society, I will always be reminded not to occupy a position of power in producing knowledge, but to involve bottom-up analysis procedures when it comes to social class pyramid as the only means of focusing on those situated on the margins.  As a researcher who feels determined by my gender, besides increasing the overall number of women in philosophy, I am privileged and obligated to seek for discourse to be more open, thus allowing diverse cultural identities to feel capable to participate in philosophical dialogue.”

Lucija Duda’s doctoral research project, A Call For An Analytic Feminist Model Of Argumentation, proposes how a long history of male...

The Stuart Hall Foundation is pleased to continue its partnership with the School of Social Sciences at the University of Manchester to offer a...

The Stuart Hall Foundation is pleased to announce a new studentship, in collaboration with the School of Social Sciences at the University...

The Stuart Hall Foundation is pleased to continue its partnership with the School of Social Sciences at the University of Manchester to offer a...